Blogzone3
Welcome! Activity on the forum is slow right now, but you can help us out with some quality posting. Enjoy!

Blogzone3, a cool new place for teens to hang out 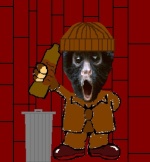 That... is quite possibly... the best poem I have heard on this site. Bravo! Write another one! WE WANT MORE!!! The public is demanding it! 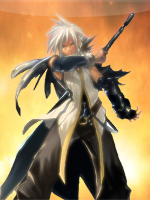 I used to think this place had no meaning... but then I saw this poem. I love it.

Spencer. You should "Crit" Farily. Quote from spencer:
A poem's a collection of lines and verse,
That epresses feelings from joy to the wor-st.
Some times in life, we write poetry that rhymes,
But other times not 'pending on the times.
A poem can reflect great feelings of love,
Or horrid wretchedness come from above (or below.)
The type of the poem varries just on one's mood,
Not a type of inside that just makes them brood.
I'll now tell a bit about writers of works,
And the crits from people that I just call jerks.
The writers of poems put their soul on the page,
So the feelings inside are no longer cage-d.
To evaluate the quality of their wit,
These authors call on others for crit-s.
Those with the coveted and quite special power,
Can crush a soul delicate as a flower.
So next time you crit, you should be quite wise,
And for their sake 'hope I've opened your eyes...

An ode to life? Don't... please don't make me laugh. Say, are you an emo? Just a question.

As the blood trickled down my arm,
Red as the moon, on one of those red moon nights,
[K, not bad.]

And as I grew faint from the blood loss,
[JESUS, man. You just threw the beat off a cliff to be dashed and bloodied on the stalagmites of an ancient cavern right then and there.]

My soul grew quite,
[I thought it was weeping.]

And as the world blackened from view,
[K, fine enough.]

The sound of my weeping faded away into nothingness,
[Oh... You're weeping.]

Soon it was quite,
[The poor beat doesn't get a break, does it?]

Score: 4/10 Sorry, man. Just doesn't cut the bananas. Or apples. Or mustard. Or CD. Or hacky-sack. Or air, for that matter. I seem to remember you posting a beration against someone for bad spelling. Well, I've got news, for you, buddy... And the beat, connotation, and pretty much everything else could use some tune...upping... Yeah. How much literature have you written of this general area?

If I may, could I put this on devART [giving you the credit, of course] and see what the public's reaction is? One opinion is never good enough.

And it won't have to be. I'll add my full crit. I will also try to get a link of this poem to some friends for their input, you would get the credit, of course (Vicious muttering: not that I would want it)


Now I go through with my red pen!

Hobo_Bob2 wrote:As the blood trickled down my arm,
You open up a poem with that? Just like THAT? Smack 'em with it right a way, why don't you? What ever happened to setting the mood? You'll have some serious lady issues later in life...
Red as the moon, on one of those red moon nights,
Sadly, this is as much of an introduction as you will ever get in this poem.
And as I grew faint from the blood loss,
And then MORE bleeding...
My soul grew quite,
Quite? Quite what? Did you mean "Quiet"?
And as the world blackened from view,
So this is what we've got so far:


The sound of my weeping faded away into nothingness,
Add crying to the list... Bleeding, Bleeding, Passing out, and THEN crying? If you've passed out, how can you be crying?
Soon it was quite,
Again with the typlos...
And I was alone,
Boo-hoo, the crying, bleeding, passed out emo is alone.......
And it was dark,
In the dark...
And I was alone... In the quite darkness... and I was alone...
A REDUNDENT emo?

FarCry, I see the point you made with the 4/10 score, but the score I'm willing to give it is a little higher.
My score: 4.25/10. You wern't wrong, you just didn't give him QUITE enough credit. My logic is that 5/10 is distinctly average. This means a person with no previous (or little previous) training/experience/practice writing poetry who decides to write a poem, this is about where it would be. I think that the Hobo went out of his way to make this poem markedly bad. The best line was the line about the red moon. It is a fairly origional concept in poetry, I've never seen it in a poem. But the sad part is that it didn't even make much sense. He passed out and then while unconcious, cried. I was ready to cry at the horridness of this poem. I really feel sorry for you. I helped Hayden write an "emo poem" once. It was his first attempt and he was really quite good. He went on to write a few more and then "quite".

After the "cold pricklies" come the "warm fuzzies". This is some stuff you could work on if you are really concerned about becoming a better writer. I'm aware that I'm wasting my time as you've told me (in so many words) that this is just a dig at emos. But I would get in to the poem before introducing blood. Describe the moon a little more, or the clouds, the stars, anything. Even if there is only an empty void, stress the lingering tension involved and how the nothingness feels. How the deathly silence seemed to pierce his skin or somehting foreboding like that. Second thing: Don't adress your poetry as "emo poetry". That's a term that people other than the writer use othen times to make fun of the poetry. When people advertise their own work as crap, they will get some people (the Lydia types) to say to them "aww, don't say that! I liked it!" but what it will do to some readers (like me and possibly FarCry) is to make us think "well, if HE doesn't even like it, why should I? Why bother reading this crap if it's so horrid? And if it's so bad, why did he post it?". Although poetry is often about YOUR inner feelings and those aren't always pretty, make it fun (or scarry, sad, exciting, extreme or otherwise a farther end of the spectrum emotion) for the reader. They are your audience, make them proud.

I hope that you will take my advice and bring us another poem. A poem that will make us glad we read it, regardless of the emotions that come about from reading it. We won't give up hope on your poems untill you do.

Somewhere around that area, though I couldn't care less. I'm pretty much relieved he thinks it's a piece of trash too, so no more worries on my part.